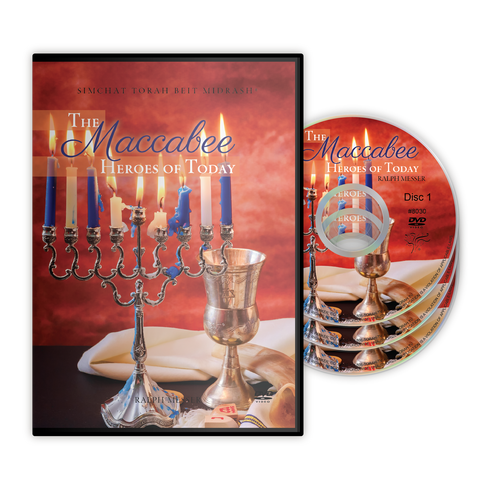 The Maccabee Heroes of Today

Imagine yourself standing in front of the Second Temple of Jerusalem during the Festival of Rededication on a winter day. From this scene, Ralph Messer takes you on a historical journey that points to your future. This journey first leads you back to the second century BCE and the heroic Maccabees, then forward to your life today and into the future.

The Festival of Rededication, known as “Chanukah,” is an eight-day period that commemorates the heroism and faith of Judah Maccabee and his brothers who led a successful revolt against the Syrian-Greek army and its leader who sought to eradicate the Jewish people and their culture. Their heroism resulted in the cleansing of the Temple and the liberation of Judea from Hellenic domination.

Despite that victory so long ago, the Greco-Roman culture is alive and well in modern society. Ralph Messer explains how this same struggle to preserve and protect our faith, our values, and our ethics still remains. How can we rededicate ourselves so that our light prevails over negativity and imbues the world with hope?